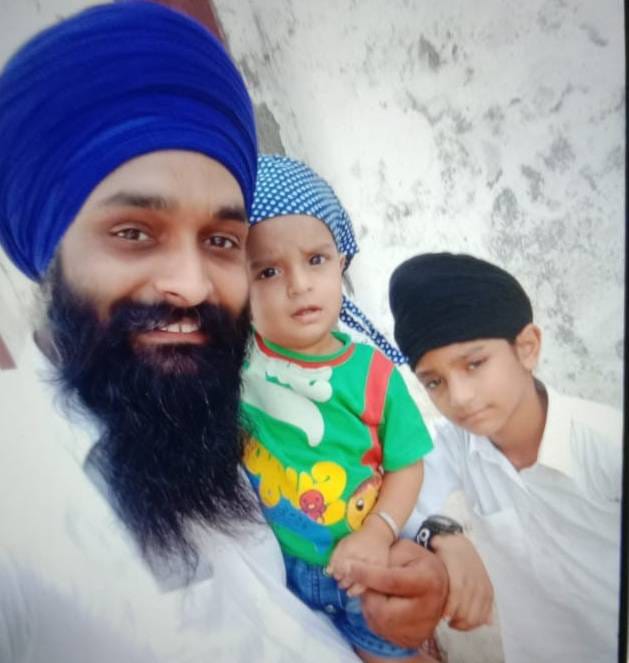 AMRITSAR – A shockwave engulfed the Khandwala area, when a man jumped into the Upper Bari Doab Canal with his two children late on Sunday evening.

Their bodies were recovered on Monday afternoon.

The deceased have been identified as Mandeep Singh, a resident of New Model Town locality in Khandwala area, Gurpreet Singh (7) and one-and-a-half-year old Robindeep Singh. The police found no suicide note from the spot, while it took the bodies into possession and sent these for autopsy.

Ranjit Singh Dhaliwal, SHO Maqboolpura police station, said the incident came to light when the family members of the deceased informed the police about them being missing after they failed to return home late last evening.

According to the police, Mandeep tied his two children with his body with the help of his turban and later took the extreme step by jumping into the canal at Taran Wala Pul.

Avtar Singh, father of the deceased, who is a retired cop, said Mandeep took the two children along for having ice-cream near Guru Nanak Dev University in the evening. However, when they failed to return, they called on his mobile, which was switched off. He said when repeated calls failed to evince any response, they submitted a report with the police. The police found their last location near Taran Wala Pul.

When the police team along with the family members reached the spot, they found his bike and mobile phone from near the bridge. Their worst fears come true, when the divers recovered their bodies from near Sultanwind village canal.

Dhaliwal said no suicide note was found from the spot and they were yet to ascertain the motive behind this unfortunate incident. He said the family members said there was no dispute in the family.

“We are still not aware why he ended his life,” said Dhaliwal, adding that further investigations were on.