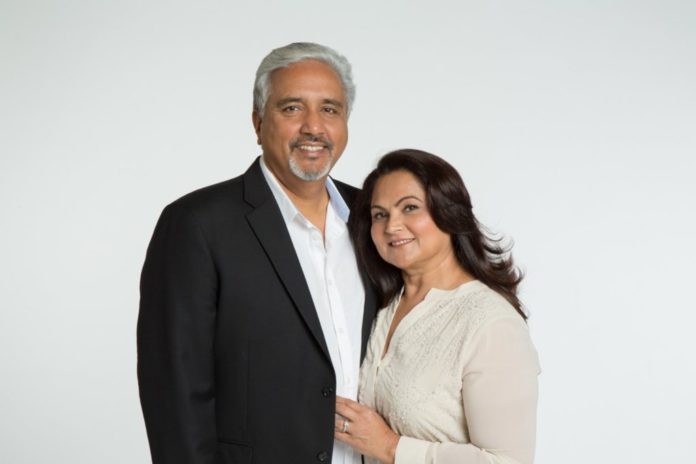 He has built homes for the local community of Lower Mainland, but beyond property, Dave Mann has been laying strong foundations for better societies around the world. Mann is the founder and owner of Isle of Mann Property group and Mannkind Charitable Society, who believes in giving back to society especially to kids and the environment, for building a better future.

His charity has been working tirelessly around the world for so many kids who are sick, orphaned or have become victims of human trafficking.

Mann has achieved numerous awards and accolades for his charitable work. But he considers recent honour by the Peace Arch Hospital as one of the greatest where Peace Arch Hospital’s newly opened Emergency has been named after him and his wife Dave and Rani Mann.

Mann and his wife have been active for years to raise money for the hospital foundation. They matched donation funds up to $1 million in 2017 to expand the hospital’s ER facility. “I find it a big honour for a poor immigrant boy who came from a small town of Punjab with no money,” he said.

Mann was just 14 years old when he landed on the soil of Canada from Moga, Punjab, with his father in 1974. A bright school student, he wanted to pursue higher studies, but circumstances did not allow it.

He worked as a janitor, dishwasher, gas station attendant, farmworker and took many more odd jobs for a living. “I was in grade 12 when there was a bus strike for almost a month. I couldn’t go to school because there was no transport. Taking a cab was completely out of budget,” he recalled.

The young boy decided to drop out from school and pursue night school later along with his work. It was after his marriage, he was working as a restaurant manager when he found a “dead end” in his job. Mann said that he was good in sales, so he decided to sell homes and became a realtor.

The success did not come to him easily. “I gave my self 6 months in this career. And for the first five months I never sold a single home,” he said. Mann, who believes in the grace of God, said that in the sixth month God showered blessings, he sold a few homes and never looked back. As a result of his passion and relentless hard work, he became a Medallion Member Realtor for 10 years in a row, and was recognized as one of the top 10% real estate agents in the province.

In 1994, Dave ventured deeper into the industry when he founded Isle of Mann Development Ltd and Isle of Mann Construction Ltd in 1997. Having achieved considerable success as a residential real estate broker, he was acutely aware of what appealed to modern-day families and applied a heightened sense of functionality to each of Isle of Mann’s home concepts.

In 2016, Dave was recognized as a Legend of Housing by the Greater Vancouver Home Builder’s Association. He and fellow inductees, Ron Toigo (CEO, Shato Holdings) and Rich Ilich (President, Townline Homes), were honoured by the GVHBA as “leaders who have revolutionized approaches to residential housing”.

Mann has been grateful and thankful for all the abundance he had. “There came a time in my life when I realized God had given me enough and I wanted to share the goodness,” he said. Mann started Mannkind Charitable Society, a registered charity to provide support for those in need with a strong focus on underprivileged children. “Mannkind directs action toward the three most challenging issues facing our world today: the plight of disadvantaged and vulnerable children in developing countries; the growing threat of climate change that endangers our way of life; eradication of poverty, homelessness and hunger. Although these issues are seemingly insurmountable, we take great pride in each meal we serve, each tree we plant, and each child we defend against exploitation,” Mann said.

The society claims to have planted more than 14 thousand trees, sheltered around 500 children, provided for 500 surgeries and offered more than 500 education funds.

Mannkind has undertaken some remarkable initiatives both in and outside Canada. The Charity has built a partnership with Costco to provide food every Saturday and Sunday for underprivileged members of the society in different regions of the Lower Mainland.

Outside Canada, the charity operates a 14-bed pediatric palliative care centre in New Delhi, India, which supports children with cancer and their families who cannot afford to go to a regular hospital for palliative care. The charity also operates a home away from home in Trivandrum, India, that acts as a bridge between the hospital and home, where families of patients are encouraged to maintain their day-to-day activities while their children continue to be taken care of at nearby cancer centres. Among the most recent projects, the charity built 50 homes in a holistic village in Cambodia to house 200 women and girls under Girls to Grannies project. “Its aim is to shelter old ladies who don’t have any relatives and young girls who do not have any elders,” Mann informed.

Also, the Charity is has established a strong base in Nepal where it is operating a free school in Kathmandu for the kids of rickshaw pullers and carpet weavers. Mann has also produced a movie named SOLD that highlights the issue of girls from Nepal being trafficked in Kolkata.

When asked, what drives him to expand his charitable work around the world, Mann has only one answer: Gratitude and humanity. “We are blessed to be witness to such grace. Much gratitude to this beautiful country of ours. Canada has rewarded hard work, and most importantly, it has given us a moral compass that is deeply rooted in sharing. Much gratitude to the invisible divine hand that guides us always. It has brought such beautiful people into our lives. May compassion be your constant companion. May gratitude permeate your life.”