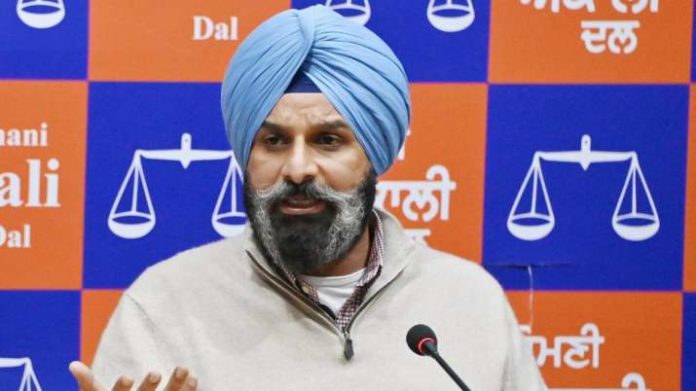 Punjab Police booked former Akali minister Bikram Singh Majithia under various sections of the Narcotic Drugs and Psychotropic Substances Act. And two days after a lookout circular (LOC) was issued on Wednesday against Majithiaby the Bureau of Immigration (BOI) on the orders of the Union home ministry.

A lookout circular is a letter used by authorities to check if a travelling person is wanted by the police. If immigration officers of a country have a LOC, then the offender can be nabbed at the airport.

If the immigration officers of a country have LOC against any offender then the person can be nabbed at the airport.

Majihtiawas booked for knowingly allowing drug smuggling through use of his property or conveyance, financing the distribution or sale of drugs and hatching a criminal conspiracy for smuggling.

According to a 49-page FIR registered at the State Crime Police Station in Mohali, Majithia has been booked for cognisable offences under Sections 25 (punishment for allowing premises etc. to be used for commission of an offence), 27(A) ( financing activities indulging in production, manufacture, possession, sale, purchase, transportation, use or consumption, import and export or deal in any activities pertaining to narcotic drugs) and 29 (party to a criminal conspiracy to commit an offence) of the NDPS Act. These sections have the provision of imprisonment up to 10 years along with a fine as decided by the court.

The Hindustan Times reported, “According to the findings of the STF report, prima facie there is sufficient evidence to further investigate the role of Majithia as regards the allegations made in application under scrutiny,” the FIR said.

SAD president Sukhbir Badal’s brother-in-law, Majithia, has been accused by Congress and other parties of having links with the state drug racket. This allegation has been denied by both Majithia and SAD. The LoC was issued after reports that MLA has reportedly gone underground to evade arrest in the drugs case registered at the Punjab State Crime Police Station.

State Congress chief Navjot Singh Sidhu announced on Twitter that a case had been registered at the crime branch police station.

Sidhu did not nameMajithiabut referred to four years of inaction against him in a series of tweets.

Sidhu wrote: “An FIR has been registered in Punjab Police Crime Branch against the main culprits of Drug Trade on basis of February 2018 STF report, wherein i demanded this 4 years ago – It is a slap on the face of all those powerful who slept for years on issues at the heart of Punjab’s soul.”

He also tweeted, “After 5.5 Years of fight against Corrupt System run by Badal Family & Captain and delay of 4 years without action taken on ED & STF Report against Majithia. Finally now, after pushing for credible officers in positions of power and influence first step has been taken!”

Claiming the FIR was just one of the steps against drug mafia, Sidhu followed with another tweet, “Justice will not be served until main culprits behind Drug Mafia are given exemplary punishment, this is merely a first step, Will fight till punishment is given which acts as deterrent for generations. We must choose honest & righteous & shun drug traffickers & their protectors.”

Sidhu’s tweet followed a night full of suspense over the FIR..