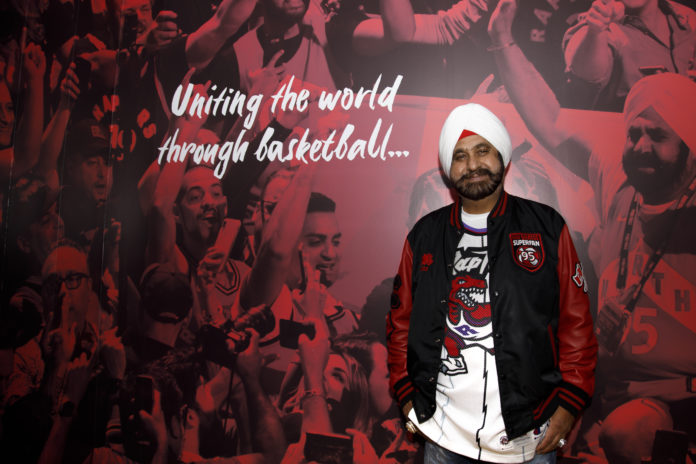 The documentary chronicles the story of his early life as an immigrant in Canada, to 1995 when he was the guy with a turban and beard at all the games, to becoming pop culture phenomenon, the Raptors Superfan. The documentary includes interviews with family, friends and celebrities such as comedian Russell Peters, NBA superstars Vince Carter and Isiah Thomas and Raptors head coach Nick Nurse, among others.

Having grown up in India, Bhatia immigrated to Canada after anti-Sikh riots erupted across the nation in 1984, in search of a safer environment. However, upon arriving in Toronto, he was hit with a similar but different type of discrimination. He was told he’d have to remove his turban and shave his beard to find a job and fit in, both of which are symbols deeply connected to Bhatia’s Sikh identity. In a new country, he was once again being asked to leave his faith behind, but Bhatia didn’t give in. He eventually found work selling cars, however he continued to be a target for racism and discrimination because he looked different.

To give fans an opportunity to see the documentary before the National Broadcast date, Good Karma Studios is hosting special theatrical screenings of the film across four cities – Vancouver, Victoria, Toronto and Ottawa, sponsored by Mcdadi Real Estate in association with  Tangerine Bank. We the West Basketball Festival is proud to announce they will be co-hosting the FREE Red Carpet Screenings in Vancouver and Victoria on November 20th and 21st respectively.

How: Those wishing to attend can enter the raffle for tickets at www.superfandoc.com.
Tickets will be awarded at random.