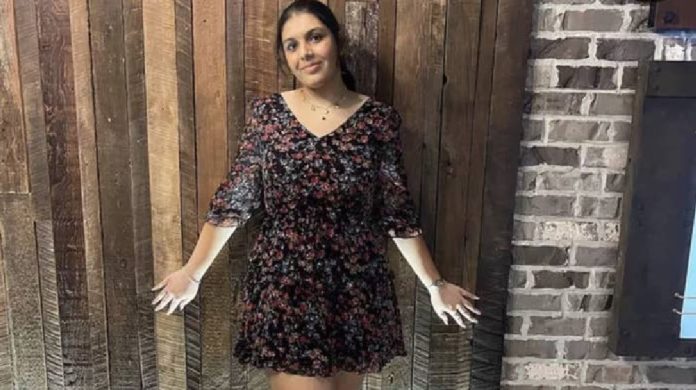 Bharti Shahani, a 22-year-old Indo-American, woman has been confirmed as one of the 9 victims who died after being trampled at the Astroworld Music festival tragedy in Houston, Texas, last week.
Nine people tragically lost their lives at  Travis Scott’s music event with the youngest being only 14 years old. Hundreds more were injured after a stampede in the crowd.
Bharti had been on a ventilator in critical condition days after she suffered injuries at the concert, which was headlined by Travis Scott.
A student at Texas A&M University, Bharti changed her focus from chemical engineering to computer science after her first semester because she wanted to help her parents move their business online, her dad said. She was the “super glue” of the family who took care of her sisters and helped her father at his job.
In a media conference while announcing their daughter’s death, Bharti’s parents and her cousins made a plea for justice.
“Please, please make sure that she gets justice,” her father said. “I don’t want somebody else’s daughter to go like this.”
I don’t know what to do without Bharti. How will I live without her? I want my baby back,” cried Bharti’s mother.
Many concertgoers recounted scenes of people being crushed and trampled, as well as a grossly inadequate number of security and medical staff to help. Videos from the night show people in the crowd screaming at concert staff and Travis Scott, who produced the festival and was performing at the time, to stop the show.

Nightmare, horror atrocity and catastrophe, that’s what happened that night. I think the word that should be used is atrocity. This was 100% avoidable. This was an act of pure pure brutality. I pray for everyone who had experienced that hellish experience and somehow survived,” said Bharti’s cousine.
ABC network’s KHOU TV station in Houston said that according to the Bharti family’s lawyer, she had been dropped from a gurney while being evacuated.

The lawyer, James Lassiter, has filed a $20 million case against the organisers and various people involved.

The Houston Chronicle reported delays in reacting to that the tragedy.

It was reported at 9:11 and police declared it a mass casualty event at 9:38 p.m., but Travis Scott continued playing for at least 25 more minutes, the Chronicle said.