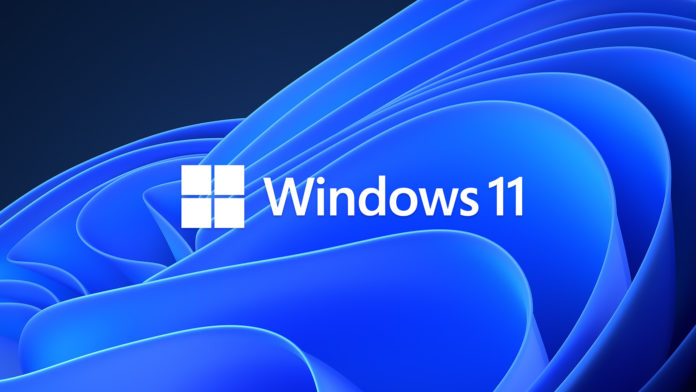 SEATTLE – The more things change, the more they remain the same. You may feel all too familiar with your Windows 10 laptop or desktop. It has been more than 6 years since the last big update from Windows 8.1 to Windows 10 happened back in summer of 2015. We are at another such juncture, with the expectation of an elevated computing experience from the free Windows 11 upgrade. Users in India and around the world can now download Windows 11 on compatible laptops, desktops and convertible computing devices. There are a few ways to get to experience Windows 11—either upgrade your existing PC using the PC Health Check app, buy a new PC with Windows 10 that is eligible to get Windows 11 or purchase a new PC that already has Windows 11 pre-installed.

The challenge for Windows 11 is magnified since Windows 10 has so far existed as a “Live” and “always updating” platform, including two major updates every year. Microsoft says Windows has now clocked more than 1.3 billion monthly active users globally. Of this, a large demographic is already using Windows 10, and ready to upgrade to Windows 11. Even the smallest change made in Windows, is a big deal.

In terms of the market share, Windows still has no competition. The biggest reason is affordable Windows laptops and PCs for the masses. The August numbers from research firm Statcounter peg Microsoft Windows with a 76.12% market share, while Apple macOS is in a distant second place with 16.14% share. Linux, with 2.38% share and the Google Chrome OS powered Chromebooks have cornered 1.74% of the global computing device market share.

To run Windows 11, the minimum specs your PC needs are an Intel 8th gen Coffee Lake or Zen2 processor or newer, a TPM 2.0 security chip, minimum 4GB RAM and at least 64GB local storage. It hasn’t been the smoothest of starts for Microsoft. The Health Check app had to be taken down initially because it wasn’t working as desired. Now it is back, after tweaks that made it work better on the vast range of component types that Windows PC ecosystem has.

Microsoft’s strict insistence on making TPM 2.0, or Trusted Privacy Module a requirement for Windows 11 saw a lot of laptops and desktops suddenly left in the lurch. TPM is a security chip in PCs, though older ones miss out, including some of their own Microsoft Surface devices. Some PC makers including HP and Lenovo will suggest steps to enable TPM 2.0 on select laptops and desktops—these machines have the hardware chip installed, but it isn’t active. Eventually, Microsoft confirmed that they will allow older PCs to download and install Windows 11, that is if users are willing to take the trouble of downloading a complete ISO file, a common term for disc image files. However, security and performance updates may not be available for such PCs. This forced install scenario is not something we would recommend for business PCs or if it is your only laptop or desktop.

With Windows 11, there’s the need to move forward, even more so in the visual sense. Particularly with the backdrop of Apple’s mac OS’ evolution over the years, and the expected arrival of macOS Monterey in the coming days. Windows 11 switches the left aligned task bar and Windows logo for the start menu to the center position on the bottom of the screen. You’ll still get a familiar start menu though. The app dock on an Apple Mac’s desktop interface is center aligned. As it is on the Apple iPad. And that is a formula Android tablets too follow in general.

There is more beyond just the visual changes, with performance and security improvements under the hood, as well some elements redone to make them more intuitive for the touch experience on convertible computing devices and tablets. Will this mean more Windows 11 tablets? Hard to say at this point. Yet, there is that sense of continuity as well. Visually, functionally and indeed in terms of familiarity, Windows 11 does not introduce any untoward learning curves for users, or a new method of using the apps you regularly interact with.

You should find multitasking easier and quicker on Windows 11 than it was with Windows 10—Snap Layouts, Snap Grids and Desktops. The latter specifically useful if you want to keep things streamlined and assign different virtual desktops to different software—this is something that Apple’s macOS has offered for a while now and can be quite useful in keeping app windows and instances separate and streamlined. Microsoft Teams has been integrated into the taskbar for quicker access to your contacts and chats, a sign of the times we live in, where video calling apps are of primary importance.

The Windows 11 upgrade, as a rule, will be free for all compatible PCs. You can download this from Settings > Windows Update. This is where the role of your PC maker becomes important—roll out firmware patches and update the drivers for components for specific laptops and desktops. Drivers are important—they are the piece of software that allow Windows and a hardware component on your computer to communicate with each other. All PC makers including HP, Lenovo, Dell and MSI have said that new driver updates will be made available on their support websites as well as via Windows Update.

This really will excite a lot of users, considering the massive demographic of Android phone users out there. The Microsoft Store as it is called, is a complete overhaul. Android apps will eventually roll out for Windows 11 PCs later this year, with Amazon Store integrating into it. Hard to say at this point how the experience of Android apps on a Windows PC will be.

There is a significant widening of the Store’s appeal as well—third party apps including those from Adobe, Epic Games, Zoom and more, will now land on the store. What’ll really get developers interested is Microsoft’s promise to let app developers keep 100 percent of their earnings if they have their own payments route integrated. Apple and Google have long been facing criticism for charging up to 30 percent share from earnings, and the insistence on using their app store payment platforms.