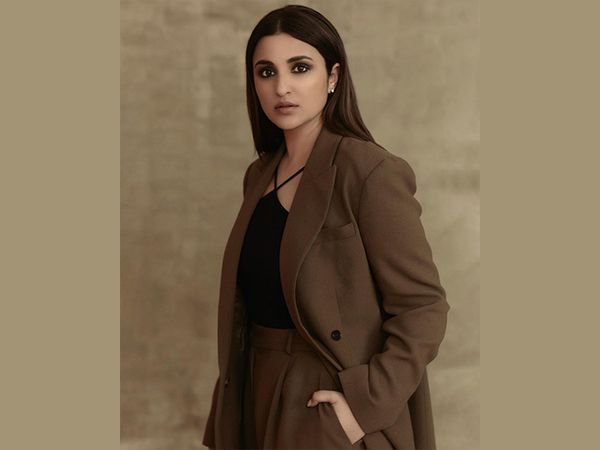 Mumbai: Actress Parineeti Chopra credits 2021 for bolstering her belief in picking subjects that are ahead of the curve as she showcased her acting prowess through films like ‘Sandeep Aur Pinky Faraar’, ‘The Girl On The Train’ and ‘Saina’.
She said: “It’s a year filled with gratitude for me. 2021 was the year I had been waiting for, having taken the biggest plunge of my career in the form of ‘Sandeep Aur Pinky Faraar’, ‘The Girl on the Train’ and ‘Saina’ and thankfully, each one of them paid off.”
Parineeti added: “2021 made me realise that audiences expect me to be clutter-breaking and I couldn’t agree with them more; I am more thankful to them for showering me with all the love for my performances.”
“It’s been a year that has bolstered my belief in picking subjects that are remarkably ahead of the curve and present me in the most unique way on screen.
Parineeti feels blessed that the makers, producers and her fans didn’t give up on her, and pushed her to do her best work.
Parineeti will be seen next in films like ‘Uunchai’ with Amitabh Bachchan, and ‘Animal’ opposite Ranbir Kapoor.