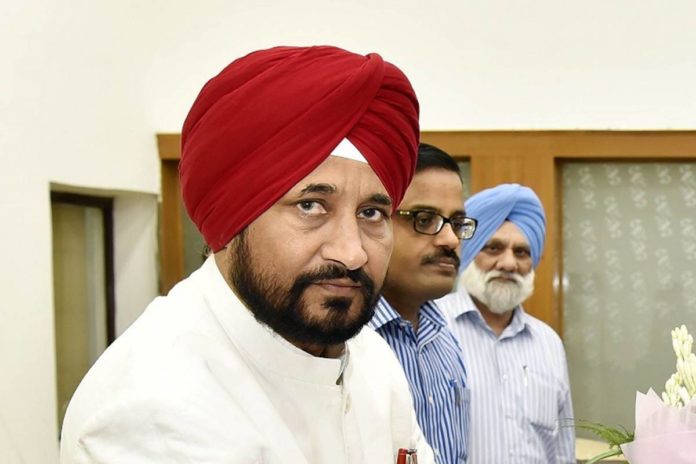 CHANDIGARH, India: The Punjab assembly passed a resolution against the Centre’s three farm laws during the special session of the state assembly in Chandigarh on Thursday.

Terming the three farm laws as an attack on the federal structure, Punjab Agriculture Minister Randeep Singh Nabha on Thursday presented legislation for condemnation of three farm laws and demanded their immediate repeal for safeguarding the peasantry.

This specially-convened session of Punjab Assembly noted with concern that at the time of the passage of the contentious bills in the Rajya Sabha, the opposition’s demand for division by count was not accepted, according to news agency IANS.

The resolution says that the Entry 33 of the Concurrent List relates to trade and commerce and agriculture is neither trade nor commerce.

“The farmer is neither a trader nor is he engaged in commercial activity. They (farmers) are simply cultivators, growers and producers, who brings his produce in APMC market for selling it, either at MSP or at a price dictated by trader.

“The Vidhan Sabha deplores the act of the Union Government of misleading the Parliament by wrongfully interpreting the term foodstuff in Entry 33 (b) of the Concurrent List to be the same as agriculture stuff (agricultural produce) and therefore made a questionable yet dishonest attempt to achieve indirectly what it could not do directly.

“The Vidhan Sabha reminds the Union government that the APMC Acts have constitutional validity and sanction,” the resolution said.

“These are state laws enacted under the presumption that agriculture and agricultural marketing is a state subject. The regulated markets established under APMC Acts have a legal foundation, infrastructure and a well-defined mechanism of documenting each and every purchase done by a trader or a government procurement agency.

“On the other hand the unregulated markets are akin to spurious trade centers without any infrastructure, without any institutional support and without any accountability,” it added.

“The Vidhan Sabha strongly deprecates and condemns the efforts of the Union Government aimed at systematic dismantling of farmer-friendly regulated mandis (APMC Mandis) and replacing them with trader-friendly unregulated mandis.

“This special session of the Vidhan Sabha reminds the Union government that 86 per cent of the farmers have meagre land holdings who along with other rural work force like carpenter, weaver, mason and unskilled labourers form the backbone of rural economy.”

“The Union government through these contentious laws is paving the way to dispossess them of their lands and avocations and place them at the mercy of corporates.

“This special session of Vidhan Sabha demands the enactment of a special legislation in the Parliament, which should safeguard the interests of marginal and small farmers with a view to save them from their imminent exploitation by the corporate sharks who during the harvesting season may procure the produce at a price lower than MSP, store it and then sell it to the consumers at higher prices.”

The suggested special legislation should provide a legal guarantee to farmers that their produce will be not be procured at a price less than MSP and that the procurement or purchase of farm produce at a price below MSP will be a criminal offence, it said.

The Vidhan Sabha demands that the procurement at MSP should be mandatory for all crops and that MSP be calculated taking comprehensive costs into consideration, the resolution said.

Farmers have been protesting since November 26 last year against the three farm laws, namely the Farmers’ Produce Trade and Commerce (Promotion and Facilitation) Act, 2020; the Farmers Empowerment and Protection) Agreement on Price Assurance and Farm Services Act, 2020; and the Essential Commodities (Amendment) Act, 2020. Farmer leaders and the Centre have held several rounds of talks but the impasse remains.