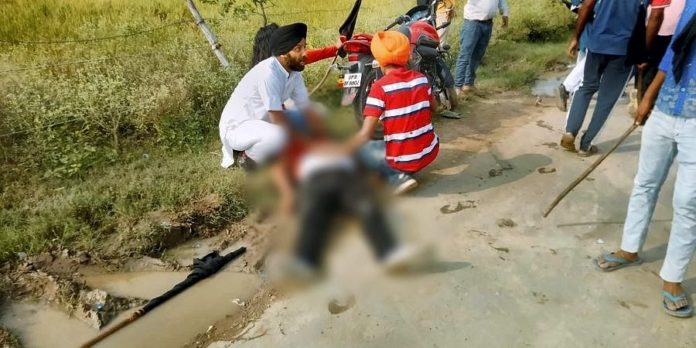 The South Asian Network for Secularism and Democracy (SANSAD), the Indian Farmers and Workers Support Groupand the Punjabi Literary and Cultural Association, Winnipeg strongly condemn the brutal killing of four farmers on 3 October 2021 in Lakhimpur Kheri in UP, when a vehicle owned by Ashish Mishra—son of Minister of State for Home Affairs, Ajay Mishra—intentionally drove into a group of farmers who were returning from a protest demonstration. A highly disturbing video circulating in the media clearly shows a black SUV deliberately mowing down a group of farmers walking peacefully. Farmers Gurwinder Singh (19 yrs), Lovepreet Singh (20 yrs), Daljeet Singh (35 yrs), and Nachatar Singh (60 yrs) along with journalist Raman Kashyap (28 yrs) died in this horrific incident and a number of others were injured. We offer our condolences to the bereaved families.

We also condemn the blanket lockdown in the immediate aftermath of this horrendous killing: shutting down the internet in the area to prevent any dissemination of news regarding the incident, detaining politicians, and stopping farm union leaders from entering UP or reaching Lakhimpur Kheri to pay their respects to the bereaved families and show support to the farmers. These restrictions and containments of people and non-BJP politicians are signs of an anti-democratic state that is stripping constitutional and legal rights and protocols.

Although the UP government has announced compensation for those killed and injured on 3 October, the incident demonstrates that the ruling BJP government is getting desperate as the farmers’ agitation gains support from the people of India. Furthermore, despite committing heinous crimes, its ministers, their family members, and cadres often go unpunished, enjoying above-the-law freedom to flout the rules and laws enshrined in the Constitution of India and its justice system.

We call on the governments of UP and India to take steps to:

We stand in solidarity with the farmers and workers of India.