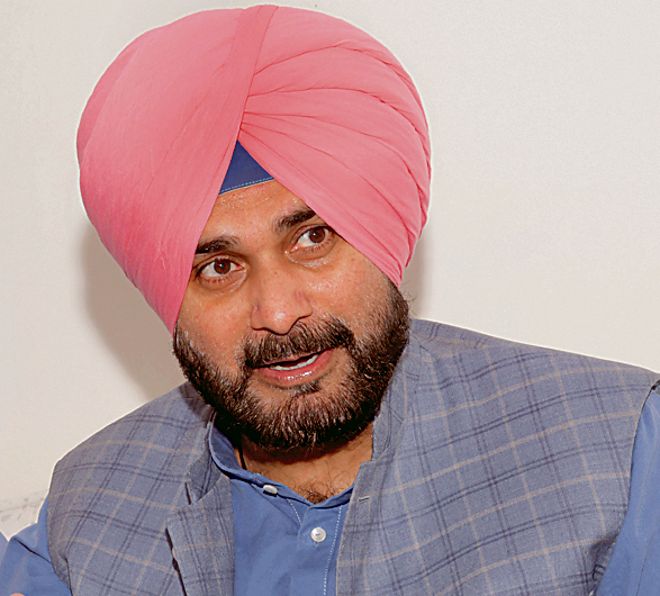 Compounding problems for the party high command that wants to bring Sidhu and Chief Minister Charanjit Singh Channi on the same page ahead of the Assembly elections expected early next year, the PPCC chief took to Twitter today to remind the government about the 18-point agenda. He also pointed out “pending” action on the report submitted by the special task force (STF) in the multi-crore drug racket case linked to political bigwigs.

Sharing on Twitter a video of his interaction with his media team, the cricketer-turned-politician stressed he was “firm on his stand on these issues”. His media team also said the PPCC president would continue to serve the party “without compromising on these issues as well as his ethics”.

Sharing on Twitter a video of his interaction with his media team, the cricketer-turned-politician stressed he was “firm on his stand on these issues”. His media team said the PPCC chief would continue to serve the party “without compromising on these issues and his ethics”.

In the video, Sidhu is heard talking about the need for efforts towards “stopping the loot of Punjab’s money, which was going into private hands; increasing the state’s revenue, generating employment, ending mafia raj, raising the income of farmers through crop diversification and opposing the central farm legislations”.

Though Rawat, in a tweet yesterday, had pointed out that organisational matters related to the PPCC were to be discussed, Sidhu has again flagged the issues of “delay in justice in sacrilege and police firing cases and action in drug-trafficking case.

A senior leader privy to the development said the party leadership wanted clarity from Sidhu on what exactly he wanted after he posted his resignation on Twitter on September 28. The high command is likely to tell him to concentrate on forming and strengthening the state unit, besides listening to his viewpoint on the issues raised by him.