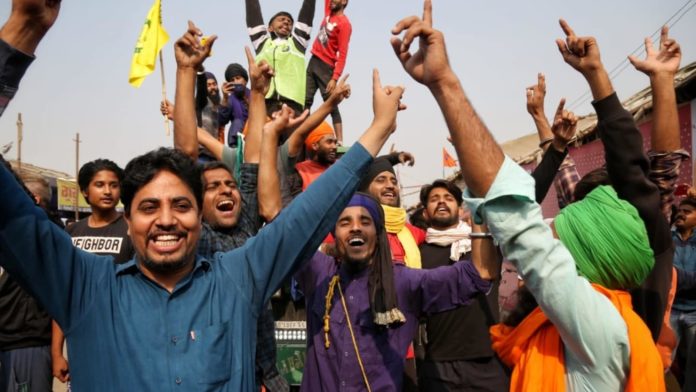 The auspicious occasion of Gurupurab has brought one more reason for the Punjabi community to celebrate across the world. In what could be called a historic victory for Indian farmers, who fought more than year long, painful battle with Indian authorities for the three controversial farm laws, the Indian Prime Minister Narendra Modi announced on November 19, 2021, the repeal of the three contentious farm laws. He said the constitutional process to do so would be completed in the upcoming Winter Session of Parliament.

Greeting the nation in an address on Gurpurab, the Prime Minister expressed happiness at the reopening of the Kartarpur corridor saying, “Today I have come to tell you that we have decided to withdraw the three agricultural laws. In the Parliament session starting later this month, we will complete the constitutional process to repeal these laws.”

“We haven’t been able to explain to our farmers. This is not a time to blame anyone. I want to tell you that we have taken the farm laws back,” said the Prime Minister, urging farmers to return to their homes and fields.

The decision comes ahead of key state elections, over a year after farmers’ began protesting the laws.

The PM announced the formation of a committee to promote zero budgeting-based agriculture, to change crop pattern as per the changing needs of the country and to make MSP more effective and transparent.

“The committee will have representatives of the central government, state governments, farmers, agricultural scientists and agricultural economists,” he said.

The Prime Minister said four-prong measures of seeds, insurance, market and savings were taken to ameliorate the conditions of farmers.

“Earlier also, many governments had brainstormed on this. This time also, there was a discussion in Parliament, brainstorming took place and these laws were brought in. In every nook and corner of the country, many farmer organisations welcomed and supported them. I express my gratitude to the organisations, farmers and individuals who supported the move,” said the PM.

The PM said, “Today is not the day for blaming anyone and is in fact a day to rededicate oneself to working for the welfare of farmers.”

The opposition was quick to react to the PM’s announcement with Congress leader Rahul Gandhi congratulating the farmers.

“Farmers have forced an arrogant government to bow to their demands. Congratulations for this victory over injustice,” Gandhi said posting an old message where he had said, “Mark my words, the government will have to rescind farm laws.”

Captain Amrinder Singh wrote on his Twitter, “Great news! Thankful to PM ji for acceding to the demands of every punjabi & repealing the 3 black laws on the pious occasion of #GuruNanakJayanti. I am sure the central govt will continue to work in tandem for the development of Kisani.”

Darshan Pal, a senior leader of Samyukt Kisan Morcha – the umbrella body of 32 farmer unions formed to spearhead the struggle – told The Tribune, “We are proud of our united struggle’s win. The government had to bend and repeal the laws. We feel sad that it took so many lives, before the laws were finally taken back.”

However, this victory for farmers has come at the cost of more than 600 lives of poor farmers. According to The Tribune, “An economic profiling of the deceased farmers was done in a study by economists associated with Punjabi University recently, and it found that majority of those who died were small and marginal farmers. The study by economists Lakhwinder Singh, a former Professor at Punjabi University, and Baldev Singh Shergil, an assistant professor in the university’s Talwandi Sabo campus, has concluded that the average size of landholding of the deceased farmers is 2.94 acre. If the landless farmers, who cultivated the contracted land are taken into account, the average size of landholding of the deceased drops to 2.26 acre, concludes this study.”

Reacting to the announcement, state Agriculture minister Randeep Singh Nabha said that he welcomed the decision of the Union Government to take back the three laws. “I thank the Prime Minister for listening to the long-standing demand of the farmers. I also demand that the Union Government compensate the families of farmers who died during the protest,” he said.