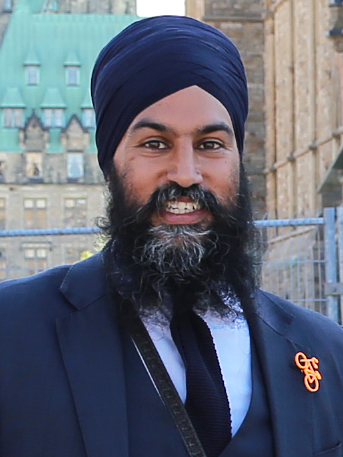 OTTAWA – With the Throne Speech, Justin Trudeau needed to move past empty words and symbolic gestures and take real actions to help Canadians. But today, he failed to show Canadians that he’ll deliver the help people need. Undeterred, NDP Leader Jagmeet Singh will keep pushing the Liberal government to deliver concrete action to confront the climate crisis, to help people find a place to live and to increase investments in our health care system.

“Over the past six years Justin Trudeau has made a lot of promises to Canadians on things like taking bold action on the climate crisis or bringing in a pharmacare plan. But over and over again, the Liberal government has broken their promises,” said Singh. “Instead of empty promises, Canadians expect Justin Trudeau to start delivering on his commitments on health care, climate change and making life more affordable. But, unfortunately with the Throne Speech today, Canadians are losing hope in this government. They can count on New Democrats to fight to get the help they need.”

For the last six years of the Trudeau government, the cost of housing has skyrocketed. Just this year people have seen some of the worst extreme weather events destroy their communities in places like British Columbia. And Canadians across the country are still feeling the pain of Stephen Harper’s cuts to the healthcare transfers that Justin Trudeau maintained. Yet none of that was adequately addressed in today’s Throne Speech.

“The government had a chance to prove to Canadians that they’re finally going to take action instead of offering more empty promises. What we heard in the Throne Speech is that the Liberals still don’t seem to understand that Canadians are struggling. People can’t afford another six years of broken promises,” said Singh. “There is no excuse for delay. Canadians can’t afford to buy or rent a home. How long does the Prime Minister think they should be forced to wait before he finally acts? Communities are living with the impacts of climate change but there was no mention of helping workers and communities transition to a renewable future or any mention of ending fossil fuel subsidies. This Throne Speech is a missed opportunity for the Liberal government to prove things will be different. There’s so much work that needs to be done, but you can count on New Democrats that we’re ready to do it.”