VICTORIA/SURREY, Nov. 16: The Initiative to conduct a Surrey policing binding referendum has failed and will not proceed further in the initiative petition process, Elections BC said on November 16.

The petition was submitted to Elections BC on November 15, 2021. Under the Recall and Initiative Act, a petition must gather signatures from at least 10% of the registered voters in each of the province’s 87 electoral districts in order to be successful. 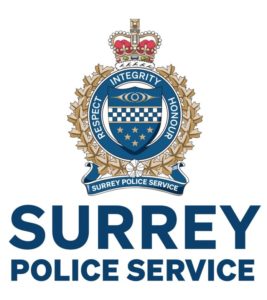 “It was clear upon submission that the petition did not receive the required number of signatures in each electoral district,” Elections BC noted.

As a result, Elections BC will not be counting or validating any of the signatures submitted.

Darlene Bennett, the proponent of the initiative, must file a financing report with the Chief Electoral Officer by December 13, 2021, noted Elections BC.

Surrey’s Mayor Doug McCallum said, “it is clearly time to move on.”

He said, “The work of the Surrey Police Service has remained focused on the task at hand for a safe and smooth transition. Surrey Police will take another significant step forward when the first SPS officers hit the streets alongside Surrey RCMP members by the end of the month.”

The Surrey Police Union also noted that the union was pleased to see at least 88% of the registered voters in Surrey did not sign the initiative petition. “There is tremendous support in the City for a local, progressive, and accountable police service specifically designed to meet the evolving needs of our local community. Unfortunately, there are some stakeholders that have a vested interest in protecting the outdated status-quo, including the Surrey Police Vote Campaign, which is funded by RCMP’s union, the National Police Federation.”

Union President Rick Stewart said: “With the initiative petition behind us, it is time for our community to have a progressive, local, professional, and accountable police service that proudly reflects the diversity of our City.”