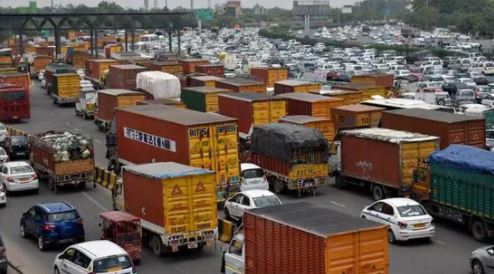 The government last Wednesday announced the ban on entry of petrol and diesel trucks into Delhi will continue till December 3The government on Monday cited the air quality situation, the forecast ahead, and extended the ban on entry of trucks into Delhi till December 7 while the bar on construction and demolition will continue till further orders. The entry ban will not apply to CNG trucks, e-trucks, or those engaged in essential services.

Delhi environment minister Gopal Rai, who announced the third phase of the “Red Light On, Gaadi Off” campaign from December 4 to 18, said the air quality is not expected to drop below the “very poor” category unless the city gets rain in the first week of December.

Rai said the forecast in terms of air quality did not look good while calling for a need to maintain certain restrictions. “If the IMD (India Meteorological Department) forecast holds true, Delhi may get some rain, but without that, air quality will be in the very poor range and therefore we have had to take these decisions.”

Rai, who held a review meeting on the air quality status in Delhi on Monday, said the government has begun the process to pay ₹5,000 each to workers impacted by the construction ban. He added activities such as interior decoration, plumbing, and electric work could continue. “We will give a compensation of ₹5,000 to the construction workers impacted by this ban and the ban will stay until further orders are issued.” He said the entry ban will not apply to private vehicles.

Rai said the third phase of the “Red Light On, Gaadi Off” campaign was being launched to control pollution levels in the city. “The second phase will end on December 3. We have decided to extend it.”

The government last Wednesday announced the ban on entry of petrol and diesel trucks into Delhi will continue till December 3. A day later, the ban on construction and demolition activities was reimposed following Supreme Court directions.

Schools, colleges, education institutions, and government offices reopened on Monday after they were shut as per the Commission for Air Quality Management in NCR’s directives on November 16.

Rai said the government was running buses to ferry its employees from 14 colonies, where a large number of them stay, to reduce vehicular pollution. “The buses are picking up employees around 8 am and a return bus drops them home in the evening after 5 pm.”He said 8,480 sites have so far been inspected as part of the campaign against open burning and that around 1,000 violations have been detected. Rai said the violaters have been fined ₹28.76 lakh. He added 2.8 million Pollution Under Control certificates have been issued between October and November. Rai said around 14,000 people have been fined ₹10,000 each for not having valid certificates.

“If you see any violation, be it illegal construction work, open burning of garbage, or entry of trucks, please report it on the Green Delhi app and we will take action.”

The capital recorded three consecutive “severe” air days between Friday and Sunday. The AQI was still on the brink of the “severe” category. An AQI of 398 (very poor) was recorded at 3 pm, according to the Central Pollution Control Board (CPCB). On Sunday, the 24-hour average AQI was 405 (severe).Dipankar Saha, a former CPCB air laboratory head, said the ban on sources that are non-essential is an active way of controlling peaks in pollution. He added construction activities contribute to winter pollution. “After the monsoon, a lot of construction projects start work and this can add to the toxicity. This is not an essential activity and therefore can be stopped to reduce local emissions.” He said this was not a long-term solution and governments across National Capital Region need to work together.