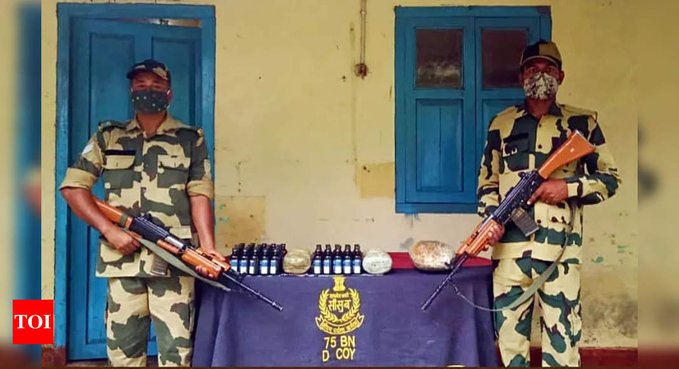 CHANDIGARH – Punjab has objected to the Ministry of Home Affairs decision expanding Border Security Force’s powers of arrest, search and seizure to a 50-km belt in Punjab.

Punjab Chief Minister Charanjit Singh Channi said he opposed the central government’s decision that has sparked similar reactions from his Congress party as well rivals Shiromani Akali Dal. Both see this as a means of infringing upon states’ policing powers.

“I strongly condemn the GoI’s unilateral decision to give additional powers to BSF within 50 KM belt running along the international borders, which is a direct attack on the federalism. I urge the Union Home Minister @AmitShah to immediately rollback this irrational decision,” he said in a tweet.

At the centre of the controversy is a recent order by the Ministry of Home Affairs expanding BSF’s powers to arrest, search and seizure in Punjab, West Bengal, Assam, and Tripura to 50 km from the border, up from the previous 15 km.

MHA empowers BSF to make raids, arrests up to 50 km from IB in Punjab, West Bengal, Assam and Tripura

The notification issued on Monday has sparked a debate on state autonomy.

“Be careful what you ask for! Has @CHARANJITCHANNI unwittingly managed to handover half of Punjab to Central govt. 25000sq km (out of total 50,000sq km) has now been placed under BSF jurisdiction. Punjab Police stands castigated. Do we still want more autonomy to States,” Jakhar said in a tweet.

Akalis were similarly incensed by the move.

“Partisan considerations can’t & shouldn’t dictate our stand on issues of national security. I’d said that at the time of the 2016 surgical strikes & am saying it again. We’ve to rise above politics when India’s security is at stake, as it is now,” the second tweet on behalf of Amarinder Singh said.